The award, which recognizes not only outstanding athletic excellence, but also high standards of academic achievement and exemplary character demonstrated on and off the field, distinguishes Miner as Nebraska’s best high school girls cross country runner. Now a finalist for the prestigious Gatorade National Girls Cross Country Player of Year award to be announce later this month, Miner joins an elite alumni association of 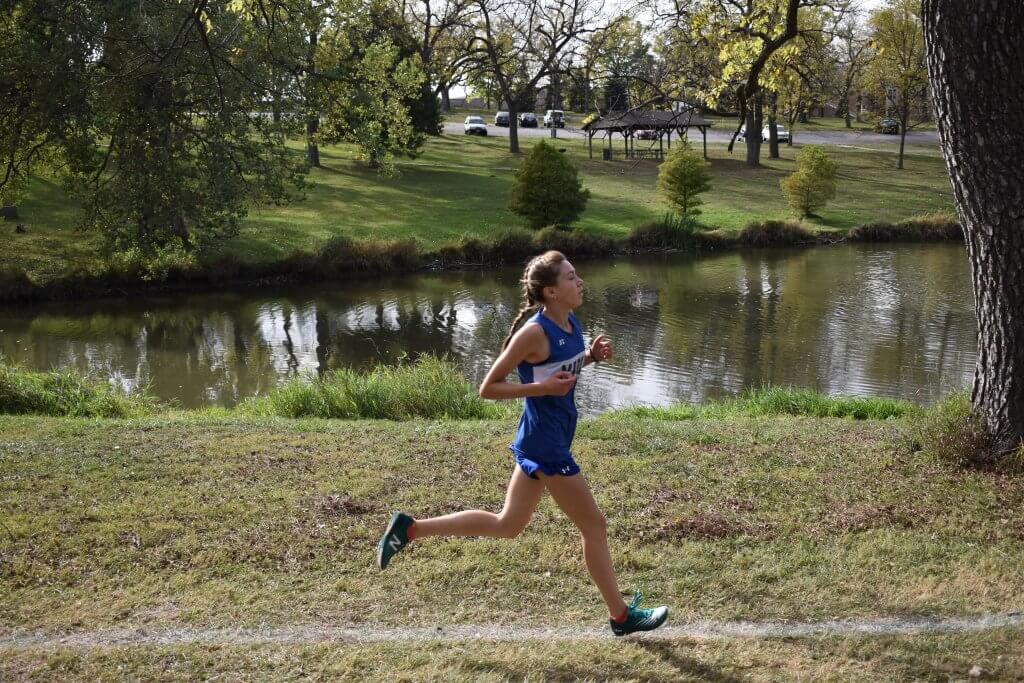 The 5-foot-4 freshman won the Division A state meet this past season with a meet-record time of 18:11, breaking the tape 4.3 seconds ahead of her next-closest competitor and leading the Crusaders to a fifth place finish as a team. Miner won her final five races of the fall, including three by more than a minute. In her first year as a cross country runner, she was a member of the Nebraska Coaches Association 2020 Super-State Team.

According to Marian Cross Country Coach Roger Wright, Stella is the best distance runner in the state of Nebraska. But perhaps more importantly, she is humble and hardworking. “Stella has unlimited potential and a fantastic attitude to go with it. She always gives 100%, both in meets and practice. She encourages other runners to be the best they can be, and she always puts the team first and self second.”

Miner is also a member of the Marian debate team. Miner has maintained a 4.0 GPA in the classroom. She will begin her sophomore year of high school this fall.

Through Gatorade’s cause marketing platform “Play it Forward,” Miner has the opportunity to award a $1,000 grant to a local or national youth sports organization of their choosing. Miner is also eligible to submit a 30-second video explaining why the organization they chose is deserving of one of twelve $10,000 spotlight grants, which will be announced throughout the year. To date, Gatorade Player of the Year winners’ grants have totaled more than $2.7 million across 1,117 organizations.

Since the program’s inception in 1985, Gatorade Player of the Year award recipients have won hundreds of professional and college championships, and many have also gone on to be leaders in their professions and communities as coaches, business owners and educators.

To learn more about the Gatorade Player of the Year program, check out past winners or to nominate student-athletes, visit www.playeroftheyear.gatorade.com, on Facebook at www.facebook.com/GatoradePOY or on Twitter at www.twitter.com/Gatorade.