The Servants of Mary’s heritage is directly linked to the vision of three people – Abbe Chantome, Mlle. Brocad and Marie Guyot – whom started a school for girls in Cuves, France, in 1840. Soon other teachers joined the school. Four of the women, led by Marie Guyot, formed a religious community.

The Cuves school prospered until the untimely death of Sister Marie Guyot in 1848 at the age of 28. The sisters began to look outside Cuves for other ways to serve. In 1852, some of the sisters went to England to minister and bring compassion to the poor.  Eventually, all of the sisters moved to England where they established a strong foundation under the leadership of Sister Philomena Juliana Morel. In 1864, the sisters were aggregated to the Servite Order, with whom they felt a closeness of spirituality. 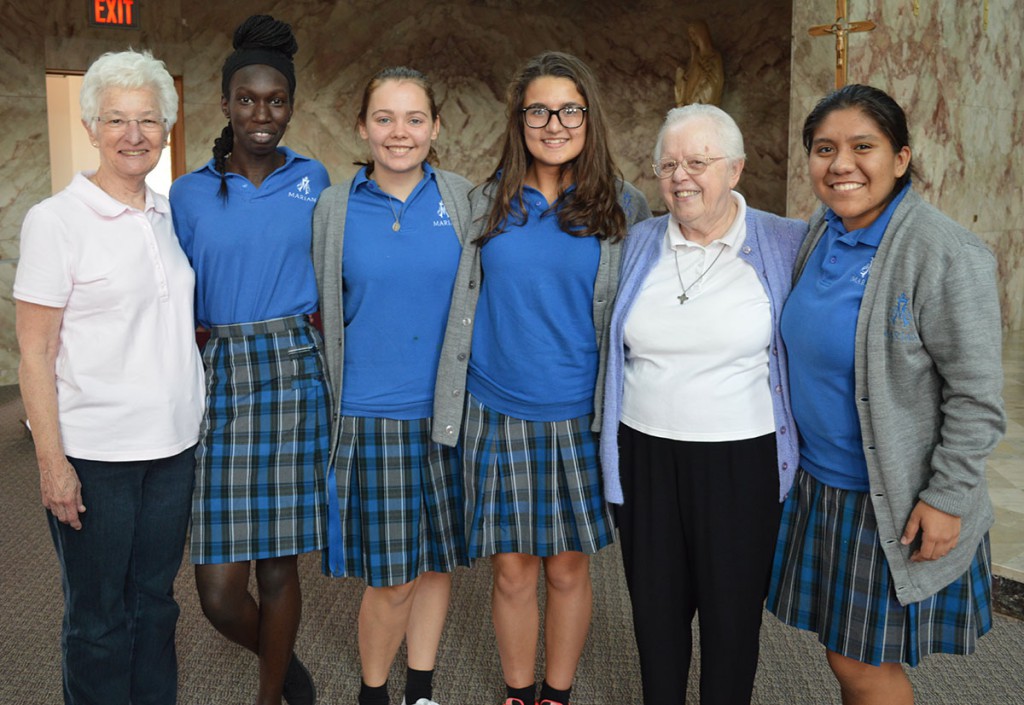 The Servite Order was founded in 1233 by seven men of Florence, Italy who were part of a confraternity devoted to Mary. At the time of aggregation, the sisters took their present name, the Servants of Mary of London/Cuves. Early Servite Sisters brought their mission of compassionate service to the United States in 1871. They established a firm foundation in the States in 1892 at St. Matthew’s Parish in Mount Vernon, Indiana. The sisters continued to move westward, establishing foundations in Illinois and Iowa. In 1918, Servite Sisters came to staff the school in the newly established Holy Name Parish in Omaha, Nebraska. In 1925, the sisters transferred their motherhouse and novitiate from Cherokee, Iowa, to the more centrally located Omaha. As the community grew, the sisters were asked to staff schools and ministries across the U.S. They continue to explore new ways to serve in the spirit of Mary.