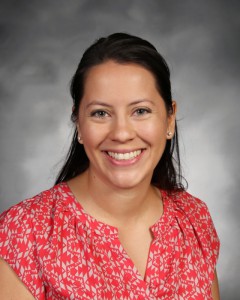 Cassandra Craig has been at Marian since 2010. She teaches Spanish III and Honors Spanish III. Cassandra graduated from the University of Nebraska-Lincoln with a Bachelor’s degree in Education and Human Sciences in 2007. She taught at Lincoln High School for a year and a half before coming to Marian. In 2018, Cassandra graduated from University of Nebraska-Omaha with her Masters of Arts in Language Teaching.