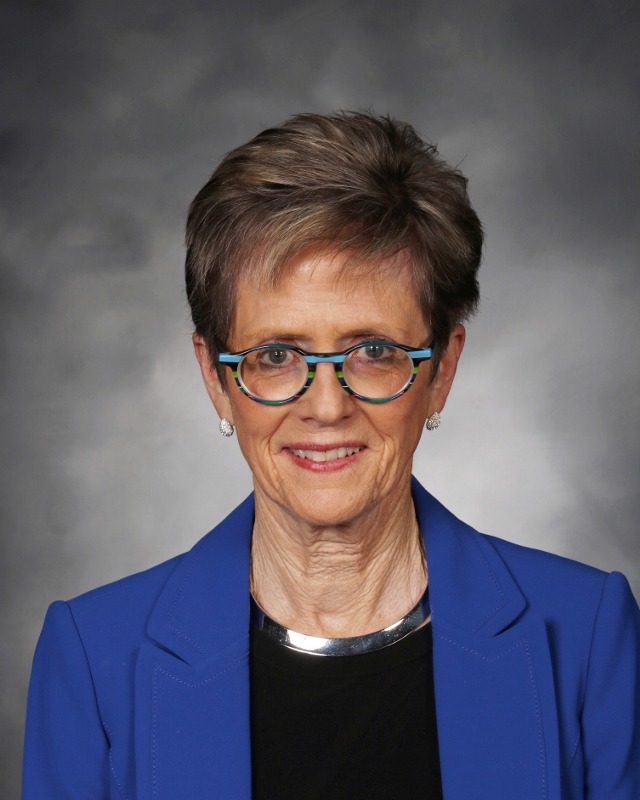 Mary Higgins, a 1969 graduate of Marian, is the first alumna in the school’s 59-year history to be named president. She joined Marian in 2014 as president after spending 39 successful years at Creighton University. Mary was largely responsible for starting the women’s athletic program as a student in 1973. She went on to serve as Creighton’s Division I softball coach for 17 years. Several of her teams were nationally ranked and qualified for the Women’s College World Series. At one point, the Jays were ranked 3rd in the country. She finished her career with a 564-298 record. Higgins was the first female inducted into the Creighton Athletic Hall of Fame. After retiring from coaching in 1992, she served as Assistant Athletic Director before transitioning to the academic side of the University in 1997. She retired from Creighton in 2014 as Assistant Vice Provost for Student Retention and Pre-Major Advising. Mary graduated from Creighton where she earned a Bachelor of Arts degree, majoring in American Studies and a Physical Education Teaching Certificate, K-12. She went on to receive a Master of Science in Physical Education degree from the University of Nebraska-Omaha.