At the 2019 annual Esprit de Corps Banquet, Rose Ann Shannon ‘69 received the Sister Marcella Leadership Award, named for Marian’s first principal, Sr. Mary Marcella Sitzmann, OSM. Rose Ann recently retired from her position as the news director at KETV in Omaha, where she oversaw a staff of 57 and 30 hours of locally produced news each week. She held this position for almost 25 years, rising through the ranks at a time when there were few women in the newsroom. Rose Ann’s acceptance speech is featured below. 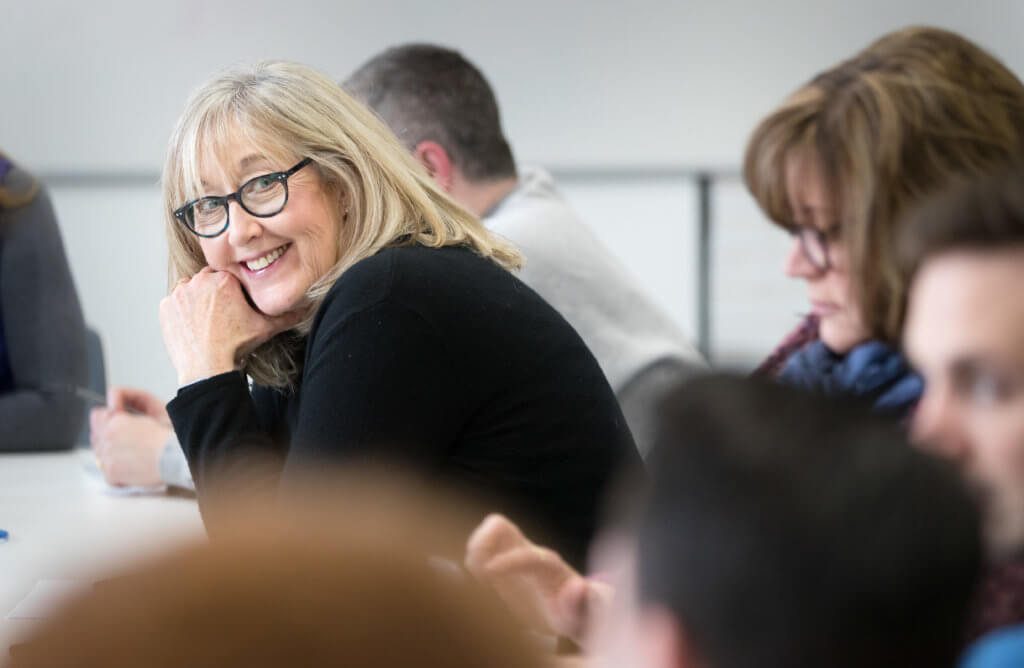 Writing usually comes so easily for me. In a 45-year news career, I have written and edited thousands of stories. But to receive an award named after Sr. Marcella – a woman who defined grace, kindness and leadership, a woman who shaped the lives of thousands of young women and through them countless others, is very humbling! What I have done could never compare to that.

A few weeks ago, while cleaning under the basement steps, I found a box of things my parents had saved; it was something I had not looked at in more than 20 years. I felt Sr. Marcella’s hands guiding me again.

You will be happy to learn that your scores on the High School entrance examination were excellent. The faculty at Marian is happy to award you a one year scholarship that will be renewed annually.”

I don’t remember what it was like at our house the day that letter arrived, but I know it would have been a very good day. My parents were proud. To be sure, my parents would have sent me to a Catholic school with or without a scholarship. But what would I have become if I had not attended Marian?

The first day I walked into a newsroom, I knew I never wanted to work any place else. The noise, the chaos, guys smoking and cussing and arguing over a news story. My Marian education had prepared me to take it on, and I don’t mean the smoking and cussing.

I was the only woman in the KMTV newsroom then and for several years to come. I was the youngest person on the news staff. Sue Wolff was the only woman at KETV, and it would be another year before my friend Ann Pedersen joined WOWT as its first woman reporter.

It took a lot of confidence to be the only woman in those newsrooms. At Marian we were taught women could do anything, be anything. Being a woman was not going to hold me back.

Here are a few other things from the box:
I found first place ribbons for debate – a lot of them. I don’t remember being a great debater, but I do remember debate coach Tim Rouse did not like to lose. And he hated, absolutely hated, “ummms” and “uhhhhs.”

Tim Rouse and drama instructor Mary Cacioppo taught us to quickly organize our thoughts and speak intelligently under pressure. It’s something that served me well as a reporter when I arrived on a breaking news scene and had very little time before delivering a live report.

I found a note from classmate Virginia Micke talking about all the FUN we had in Latin class. Surely it was a joke, unless Virginia really enjoyed kneeling on the floor after hearing Sr. Cleopha utter the dreaded word, “Skip,” as we fumbled with a translation.

I also found certificates of “Eminent Merit” for scores on the national Latin exam. There is no doubt Latin made me a better writer and so did English teachers like Miss Olsen, Mr. Smith and Sr. Audrey.

Sr. Therese taught college-level biology and gave me a love of science that prepared me to cover the medical beat, one of my favorites.

Mike Sporcic gave me a love of current events, government and politics that helped me cover city hall. He also encouraged mischief; no journalist is complete without mischief!

Marian is about lifelong friendship. I’m certain every Marian alumna will tell you – on the best days of her life there was at least one Marian friend with her to celebrate and on the darkest days at least one Marian friend there to lift her up. These are the friends who know you, accept you and love you for who you are. No matter how much time passes between conversations, you can pick up where you left off.

And for me, Marian figures into the very, very best part of my life. Forty-five years ago I met my husband, Omaha World-Herald Photographer Phil Johnson, while we were both covering Field Day.

“We…feel sure that you will fulfill every promise…and four years hence…will be a Catholic young woman of whom your parents may be justly proud.” 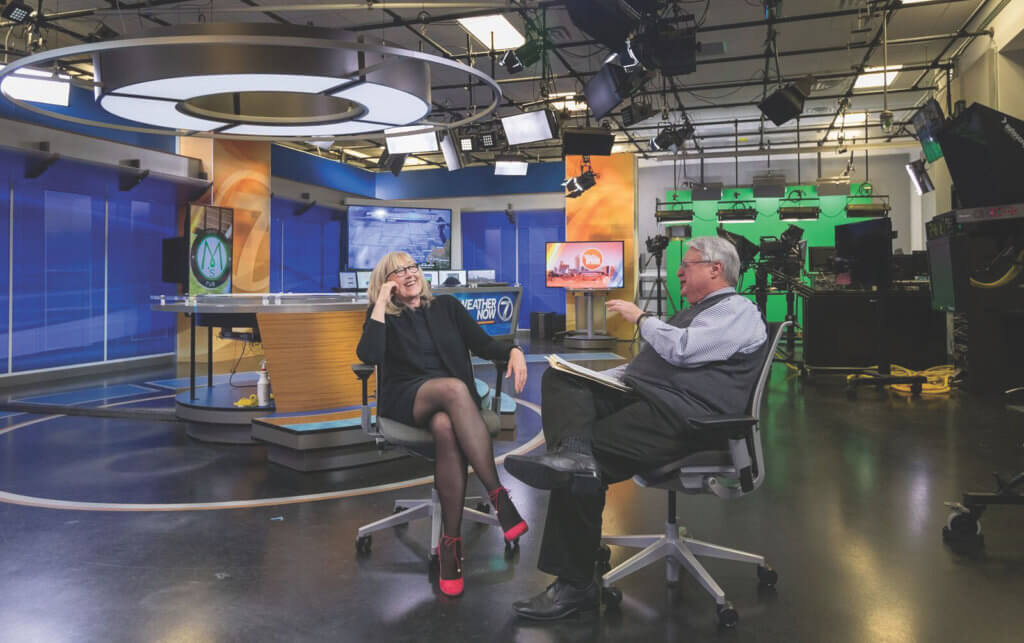