Every day after school, 198 feet race around Marian. The enormous group of runners is ready to conquer whatever workout is planned for them. While cross country often has a large team, it has never been as big as it is this year, consisting of 99 girls. “It’s pleasing to know that many people are willing to put that much work in, whatever their reason may be,” assistant cross country coach Mr. Greg Golka said.

Even though coaching that many runners may seem difficult, Mr. Roger Wright, former Marian math teacher, manages the task with the help of Golka and additional assistant coaches, English teacher Mrs. Alee Cotton and math teacher Ms. Megan Han. “It presents some challenges,” Golka said about coaching that many girls, “but it’s a good problem to have.”

It can be tough for managing workouts and maintaining order with a lot of girls, but many of the runners, including varsity senior Maria Kleinsmith, agree that having a large team allows them to meet new people. “I love having a big team because it allows me to get to know girls from different grades who I wouldn’t normally ever know otherwise,” Kleinsmith said.

A lot of girls on the team don’t have classes with people in other grades, so a large cross country team also helps develop friendships between grades.

Maintaining such an enormous number of girls between only four coaches means that practices are typically specific. In order to make the process easier, the team is usually split up into four different groups based on speed. Each group then completes a different workout depending on the schedule or if there are any meets coming up for the team. The workouts vary from timing a 5K around Crown Pointe Avenue, to running loops up and around the lower parking lot or going on free runs through the neighborhoods.

The diversity of these workouts allows the runners to try something different every day.

With the multitude of girls out for cross country, there is a lot of new talent running around. At the first meet of the year, which was the Class of the Metro meet at Papillion-La Vista South High School on Aug. 25, Marian placed first out of nine teams. Since then, the cross country team has continued to improve, and as competition has gotten tougher, so have the runners.

All of the runners competed at Metros on Oct. 4 at Papillion-La Vista South High School and then the top 12 will run at Districts on Oct. 11, and the top seven may run at the state meet on Oct. 19 in Kearney if they qualify as a team. With the season coming to an end, the runners aim to finish off the season working hard. 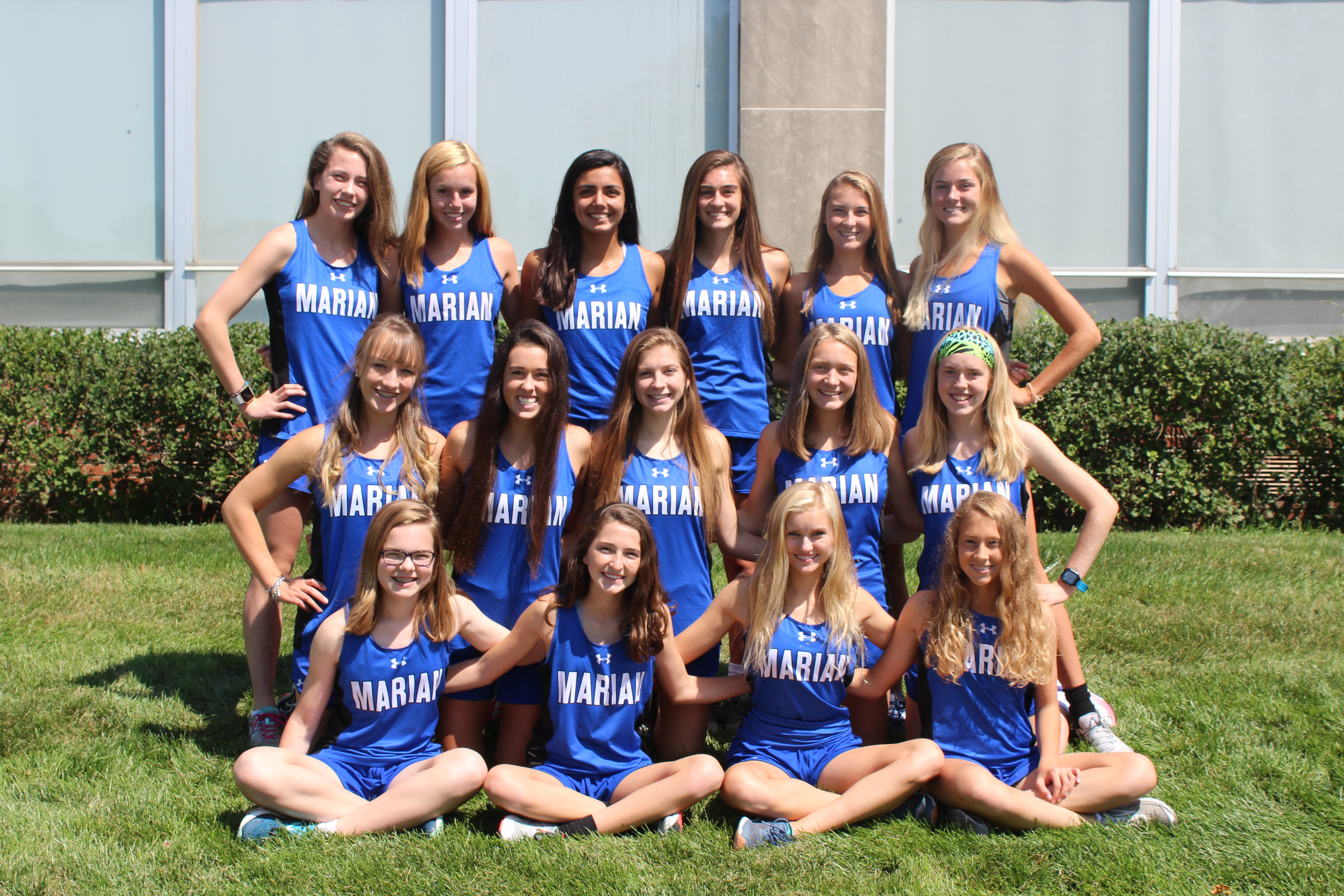