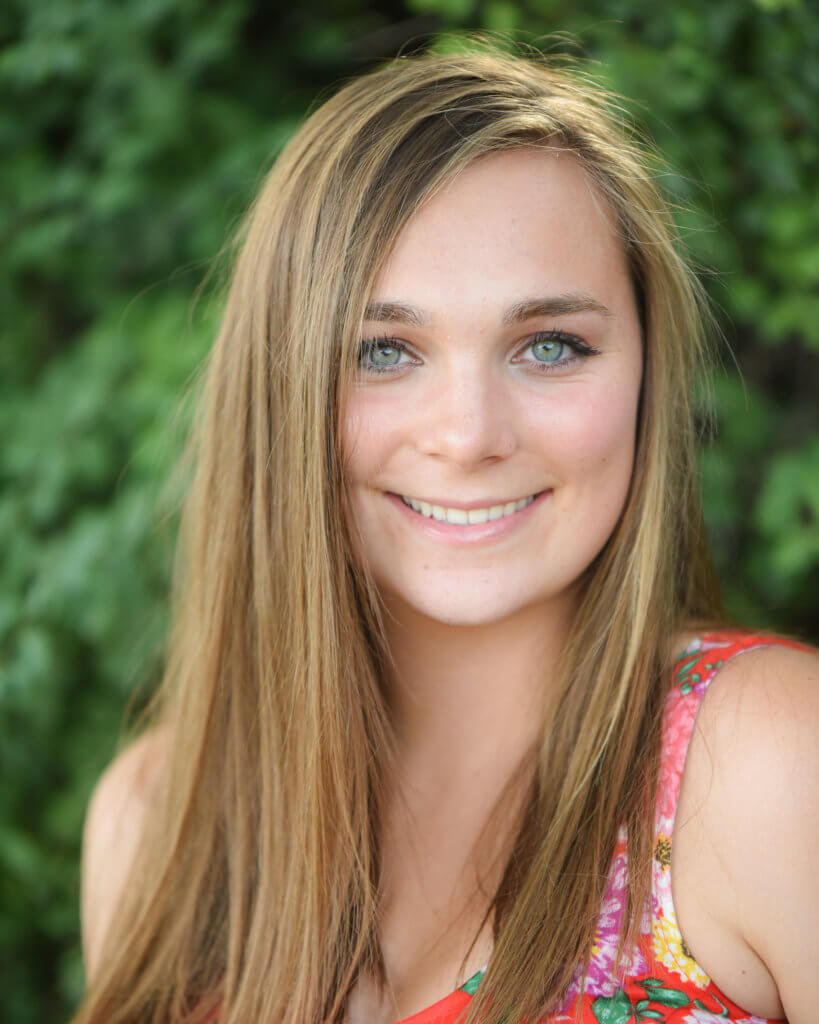 Before starting high school, Dianna was confronted with a challenge many Omaha students face: where should she go?

“My parents wanted me to go to a private high school, but it was up to me to decide where,” Dianna says.

In a community full of so many excellent private high schools, the decision can be daunting for a soon-to-be freshman. When it came down to virtually the last moment for Dianna, though, she knew Marian was the place for her.

“I actually had a tough time choosing between Marian and Duchesne,” Dianna says. “I waited until the last day to decide where to take the placement exam…In the end, I decided that Marian had more of a community feeling to me. I felt welcomed and loved and accepted every time I came to Marian, and that was the deciding factor for me.”

Dianna is now a Marian graduate. As she reflects on her Marian experience, she knows how much of an impact that decision to go to Marian had on the person she is today.

“Marian has taught me a lot about the importance of community,” Dianna says. “Marian’s community is deeply connected. If I was having a rough day and was looking upset, people who I don’t usually talk to would come over and ask if I was feeling alright or if I needed anything. And vice versa. If I saw someone looking upset, I would ask her if she was alright… Marian taught the importance of working together and being involved in the community.”

Freshman Retreat is one event Dianna says formed not only her passion for the Marian community but also her vision of the person she wants to become.

“I was kind of apprehensive of the whole thing at first, but as the day went on, I bonded with my group and saw another awesome side of Marian,” Dianna says. “By the end of the night, I was in tears, sharing personal experiences and opening up to my group members. I looked at my group leaders and thought ‘That’s what I want to be one day.’”

After three years of sharing laughs with her classmates in Ms. Altman’s math classes and expressing her creativity in Art Club, Dianna was able to fulfill that hope: she was a Freshman Retreat leader this year.

“I loved being able to welcome the freshmen in my group and lead them through the retreat,” Dianna says. “It was kind of like my Marian experience came full circle.”

Dianna’s future beyond Marian’s halls is full of possibilities.

“At Marian, I’ve been able to nurture my interest in foreign language,” Dianna says. “I am currently in Honors Spanish IV and Mandarin I. I would really like to work in a profession where I can utilize these foreign language skills.”

At the same time, she knows the lessons Marian has taught her in and out of the classroom will help guide her to become who she hopes to be, just as they have since she chose Marian almost four years ago.

“I have learned good leadership skills from Marian,” Dianna says. “I am definitely more confident in myself now.”

To support Marian students like Dianna, please consider a gift to the Marian Fund at marianhighschool.net/donate-today.