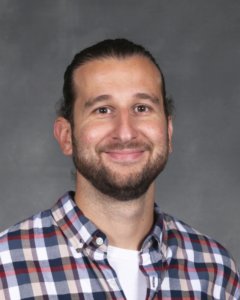 JP Franco joined Marian in 2021 as a member of Creighton University’s Magis program where he is currently working towards his Master’s in secondary education. He graduated from the University of Nebraska-Lincoln in May 2016 with a Bachelor’s degree in Business Administration. Shortly after graduating, he spent a year in Spain as an English Language Assistant working with grades K-12. Upon returning to the U.S., JP pursued more formal Spanish education at the University of Nebraska-Omaha before joining the Magis program at Creighton University.