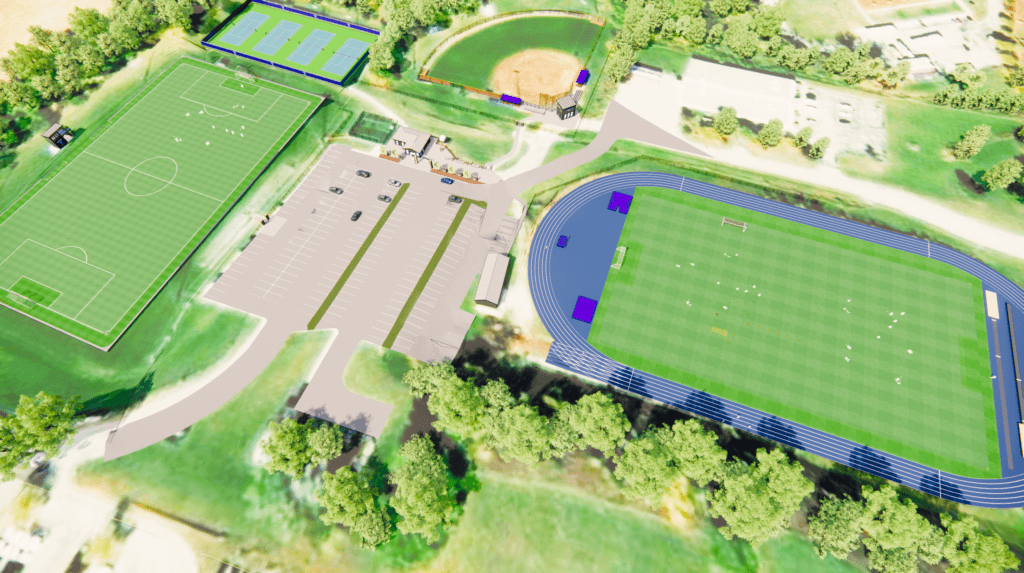 After the past few years of extensive construction on Marian’s academic facilities, the athletic grounds are getting a facelift. “We [the Marian administration] did a feasibility study a few years ago, but the track was not one of our top three priorities,” President Mary Higgins said. It’s almost a “running” joke at Marian how poor the track looks right now. Higgins even remembers when she saw a baby duck swimming in a puddle a few years ago.

Current athletes, especially track and cross country runners, are ready to leave the weeds and pebbles behind and have a flat surface for their best sprints yet. As for the soccer field, Marian is currently the only Class A high school in Nebraska without a turf field. Turf is so prominent nowadays because the material doesn’t get soggy like real grass, which helps prevent game cancellations.

New athletic grounds have been anticipated for a long time but were put off because of the school building upgrades that were finished last year. The grounds will soon include a new crow’s nest and LED scoreboard for the soccer field, a true press box for softball (which in the past has consisted of a fold-up table and chair by the softball field), a larger concession stand with an additional athletic training room, and perhaps biggest of all, a plaza to center the whole project and provide a gathering spot for fans and athletes alike. The project will also solve some maintenance and support issues, with an improved drainage system, more modern and uniform fencing, and new lanes for parking in the lower lot. The proposed improvements, costing between $4-5 million, will support Marian’s stronghold in Nebraska high school athletics.

“Athletes can be proud of and excited for [these] facilities,” Higgins said. 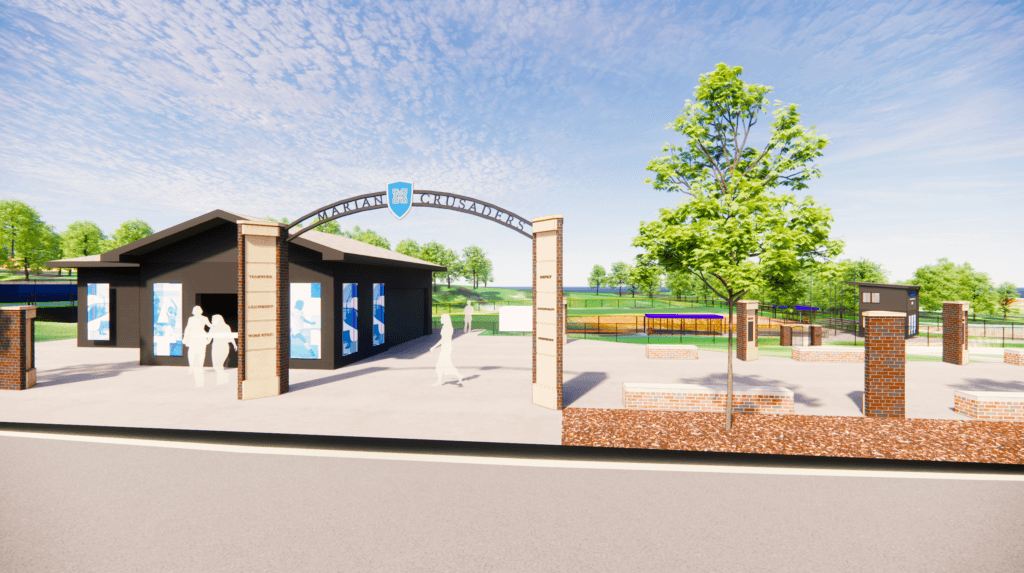 Athletic Director Rochelle Rohlfs noted the “momentum going as a school” among other building projects and hoped the updates “will attract more recruits” to continue Marian’s winning tradition.

Higgins continues to work with the architect to finalize drawings and see “what will really fit.”  Excavation and construction are anticipated to begin this fall.