Sarah Fili ‘11: How an Internship Sparked a Career Calling 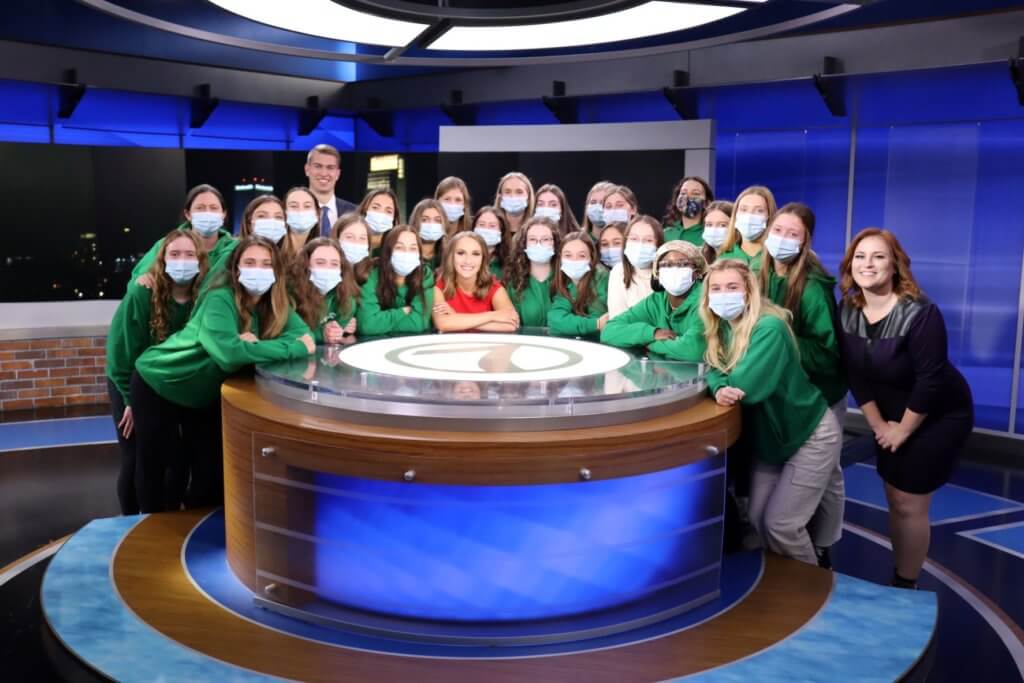 As a high school student, Sarah Fili ‘11 had no idea that years later she would be the weekend evening anchor and reporter on Omaha’s KETV NewsWatch 7. She had no interest in journalism. After she graduated, she studied molecular biology and chemistry at Nebraska Wesleyan University. She thought about being an anesthesiologist but lost interest in that because, “a couple of milliliters could mean someone’s life,” Fili said.

She also considered being a doctor, but that didn’t feel right either. After many difficult science classes, Fili decided she needed to find something different. “It was just getting to the point where I was like, ’You know what, I’m frustrated with this, and I can tell I don’t love it, so I need to find something else to do,’” Fili said.

Fili decided that she wanted to go into communication because of the mixture of English and psychology. “It kept me interested but also had that science aspect that I really liked to do.”

As a communication studies major, she thought about marketing and even the FBI but quickly ruled these out because she just didn’t feel that “spark.” A big goal of Fili’s was to stay in Omaha to be with her family. Then, she started an internship at Channel 10/11 in Lincoln.

“When I found my internship, everything just kind of clicked,” Fili said. She didn’t have to sit at a desk all day and was able to go out into the community and connect with people and tell stories that would affect them. Not only did she find her calling there, but she also met her now husband there too.

Fili’s fiance, and now husband, was the nightside reporter and anchor while she was the nightside intern. He helped her learn how to get a story done and how to shoot video. Not long after that Sarah became a reporter at Channel 7 Omaha KETV News. As a KETV News reporter, Fili has a crazy schedule. She’s worked every shift, including overnight. That required being in bed by 5 p.m. to be able to get to work by 3 a.m. Even though she has a busy schedule she still makes sure that she goes to gym, makes time for her family and tries to go to church regularly.

Fili also makes time to come back to Marian and to talk to journalism classes and share her experience in journalism. She gives the students tips on how to write good stories and how to keep the audience interested. Fili offers this advice to empower Marian girls in their journey of finding what they truly love:

“Take control, take advantage, go out, try everything, get involved and get to know people.”