Senior Lauren Hacker has had to keep incredibly busy in her four years at Marian. Starting her freshman year, she balanced the typical activities of high-achieving Marian students, a full class schedule and extracurriculars, with something most Marian girls don’t go through: her cancer recovery.

Hacker first beat cancer when she was diagnosed with acute myelocytic leukemia in fifth grade. Unfortunately, just a few years later, the cancer came back. She was able to beat it a second time, finishing treatments at Children’s Hospital just three weeks before the beginning of her freshman year.

She has been in remission for three and a half years, but Hacker says she still thinks about how hard it was to be so young dealing with something so serious.

“When I was in the hospital for those long months, I realized that it was easy to feel so isolated from my friends and the rest of the world,” Hacker said. “I was just in the hospital recently. I was only there for four days. I look back and wonder how in the world I stayed up there for close to six months.”

Hacker has used her time at Marian to help make sure children and teens fighting cancer can not only recover faster, but also have a community they feel supported by. She is president of the Junior Board of Lolo’s Angels, an organization started by her family and named for her that raises money for pediatric acute myelocytic leukemia research.

“[Members of] the Marian community have supported us by coming out to donate blood, signing up to be bone marrow donors at our bone marrow drives and donating toys for the annual Snow Day Toy Drive in winter,” Hacker said. 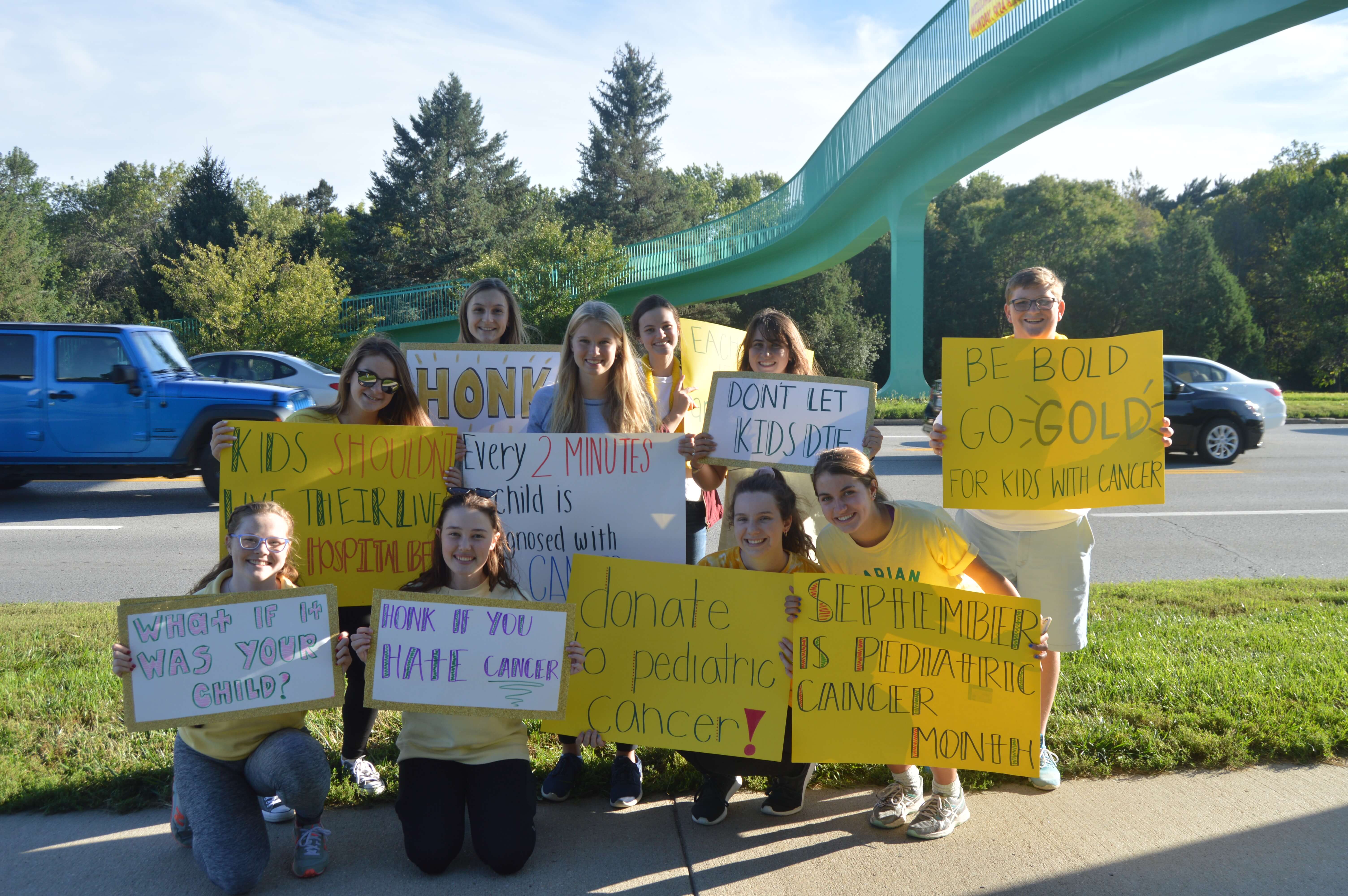 Small acts of solidarity and generosity like the Snow Day Toy Drive can mean the world to children fighting cancer and their families, Hacker said.

“When people sent something up to the hospital to cheer me up, it didn’t even matter what it was, it made me feel like people didn’t forget about me,” Hacker said.

To date, Lolo’s Angels has donated $21,000 in games and toys to Children’s Hospital here in Omaha.

As she prepares to go to college next year, Hacker said she knows her work for children like her will continue at Marian.

“I feel very fortunate to have the support of the Marian community as I have worked hard to reclaim my life after cancer,” Hacker said. “I am very proud that we also found a way to help other kids like me survive… I have no doubt it will continue without me.”

Lauren was recently honored as a Salvation Army D.J.’s Hero Award recipient. The award and scholarship are given to Nebraska high school seniors who lead the way in service of their communities. Read the Salvation Army profile on Lauren here: https://centralusa.salvationarmy.org/omaha/news/djs-hero-award-winner-spotlight—lauren-hacker.