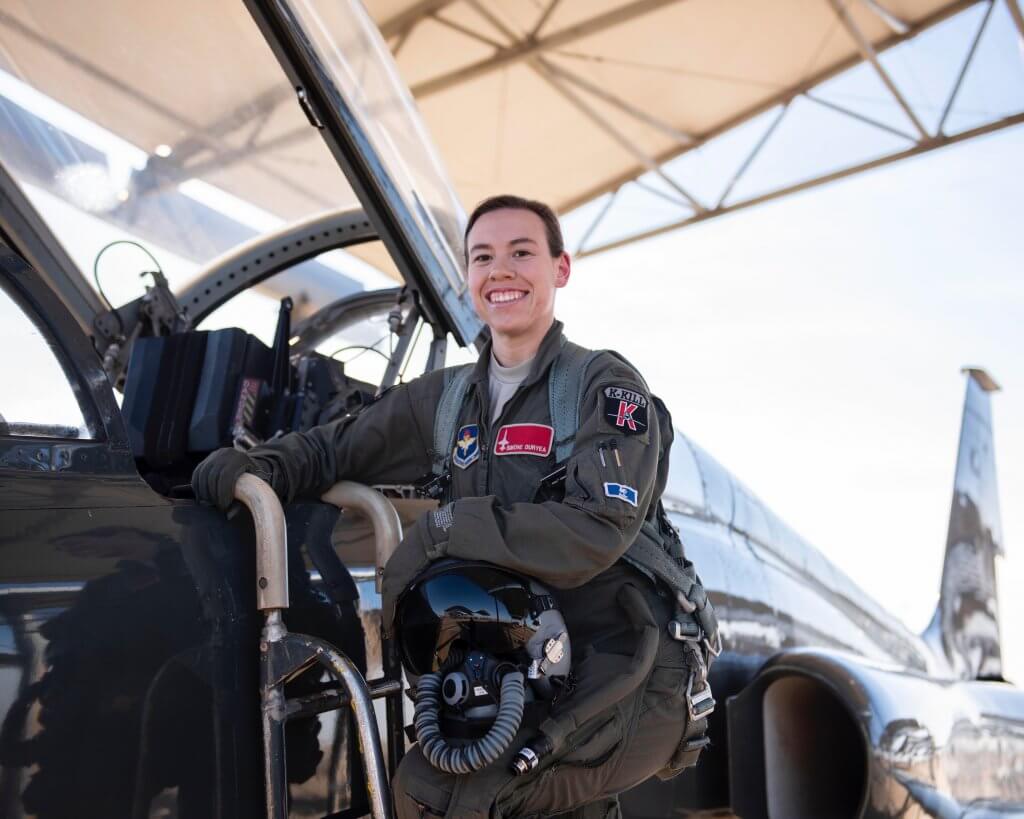 Simone Duryea ’14 attended the United States Air Force Academy and graduated with a Bachelor of Science in management in 2018. She was then was selected to attend Specialized Undergraduate Pilot Training (SUPT) at Vance Air Force Base, in Enid, Oklahoma. 2d Lt. Duryea completed the rigorous 52-week SUPT course at Vance AFB in an outstanding manner. She earned the Leadership Award for outstanding leadership and officership; she earned the Academic Award for the highest combined academic score; she received the General Risner Award, given to the individual that best embodies classic wingman characteristics as one who places a high value on teamwork instead of personal achievement. Currently, Simone is stationed at Dyess AFB in Abilene, Texas, learning to fly the supersonic B-1 Bomber. After this specialized training, she will be stationed at Ellsworth AFB in Rapid City, South Dakota.